A Guide for Thesis and Dissertation Proposals with Examples. 1

How To Write a Problem Statement: 1

How To Write a Purpose Statement 2

How To Write the Importance of Study Section. 3

How To Write the Research Questions (and Hypotheses). 4

A Guide for Thesis and Dissertation Proposals with Examples

How To Write a Problem Statement:

The problem statement should tell a story from beginning to end. The reader should understand the problem with no prior knowledge of the subject and without having read any other sections of the dissertation. Introduce the problem by first providing some general background information. After sharing background information, draft the general problem using this formula: The general problem is _____ resulting in ______ (in the second blank includes the negative consequences of the problem). Include 1-3 sentences that address the impact of adversity on the specific problem, and conclude with a sentence that summarizes the importance of addressing the problem as a whole.

Next, support the problem by adding one (or two) sentences that address the impact of adversity of the stated general problem.

After adding a supporting sentence(s) that addresses the impact of the adversity, state the specific problem using this
formula: The specific problem is ________resulting in______(in this second blank include the negative consequences of the problem).

Federal law prohibits workplace discrimination in the United States. Title VII of the Civil Rights Act prohibits discrimination based on race, color, religion, sex, and national origin when hiring, firing, promoting, or demoting employees in the workplace. However, sexual orientation and gender identity are not covered as protected classes under Title VII. Laws regulating employment discrimination against lesbian, gay, bisexual, transgender, and queer (LGBTQ) employees vary by state and local area. Some, but not all states, prohibit companies from discriminating against LGBTQ employees. President Barack Obama made history in 2014 when he signed an executive order which extended workplace protections to LGBTQ employees who are currently employed or are seeking employment among federal agencies in the United States (Gates & Saunders, 2016). In the last 40 years, however, the Employment Non-Discrimination Act (ENDA) has been the only comprehensive bill that has been proposed to Congress but has yet to be passed (Gates & Saunders, 2016). ENDA would extend workplace protection rights based on sexual orientation and gender identity to all private and public sector employees (Gates & Saunders, 2016). The general problem is that there are no federal regulations addressing employment discrimination based on sexual orientation or gender identity in the workplace, resulting in a lack of protection for LGBTQ employees(Warbelow & Xavier, 2016). Martinez, Ruggs, Sabat, Hebl, and Binggeli (2013) hypothesized that a lack of federal protection rights leave LGBTQ employees facing increased levels of discrimination and puts employees at risk for stress and anxiety, mental health issues, and a decline in job performance.

The specific problem is that even though pro-LGBTQ workplace policies are becoming more common in the United States, a lack of acceptance and support results in continued reports of workplace discrimination based on sexual orientation and gender identity(Everly & Schwarz, 2015). According to Sears, Sumberg, and Fargnoli (2013), 41% of employees belonging to a sexual minority group remain closeted. Scholars have identified some of the difficulties in developing LGBTQ-inclusive policies in the workplace (Rumens, 2016). Research has suggested that external political and cultural pressures force some companies to inherit inclusive policies, meaning the authenticity of LGBTQ-inclusive policies is challenged as some companies may view inclusion as a profit margin rather than a social justice (Rumens, 2016). Gaining consensus on strategies for LGBTQ employees to manage their sexual identities at work and outlining specific workplace policies and practices that provide support could narrow the gap between policy rhetoric and employee experiences, thereby providing a framework for effective policy interventions that foster authentic workplace relationships culturally rich work environments.

How To Write a Purpose Statement

Your statement of purpose clearly (but briefly) articulates the study’s focus, methodology, population, and geographic location. Begin this section with “The purpose of this [insert type of study] study is to….

The purpose of the modified Delphi study will be to gain consensus from a nationwide panel of management, diversity, and civil rights experts on strategies for supporting LGBTQ employees in managing their sexual identities at work, including specific work practices and policies that would provide such support. A growing body of literature highlights that in conjunction with pro-LGBTQ policies, an organizational culture with a strong presence of LGBTQ leaders, allies, and support networks positively correlates to higher degrees of job satisfaction and well-being in the workplace (Rumens, 2016). Furthermore, there is a need for inclusive policies to protect LGBTQ employees from discrimination in the workplace based on sexual orientation and gender identity (Rumens, 2016). This study will gather consensus to help build a framework around policy development and implementation that could be used in organizations that operate in states that do not currently provide employment protections for LGBTQ individuals. Furthermore, employment practices and strategies will be identified that could strengthen the authenticity of practices and policies within organizations while positively impacting the leadership and peer relationship.

How To Write the Importance of Study Section

Use evidence to show that addressing the problem and gap in knowledge is important—state how your study represents a unique approach to the problem.

Explain how the results may impact theory and practice. Describe the research method and design, as well as the population and sample. Describe how you will recruit participants.

The purpose of the proposed modified Delphi study will be to gain consensus from a nationwide panel of management, diversity, and civil rights experts on strategies for supporting LGBTQ employees in managing their sexual identities at work, including specific work practices and policies that would provide such support. Twenty management, diversity, and civil rights experts with at least three years of experience in management, diversity, or civil rights will be recruited to build a panel of experts. The Corporate Equality Index (CEI) is a benchmarking tool developed by the Human Rights Campaign that evaluates and promotes organizations that have policies and practices for LGBTQ employees; the CEI public directory of the Human Rights Campaign will be used to reach out to management and diversity experts at a variety of organizations to solicit participation in the study. Additional organizations that will be used in identifying management and diversity experts for the panel include the network directories for the Society of Industrial and Organizational Psychology, the Society for Human Resource Management, and the National Diversity Council. Civil rights experts will be recruited from various nationally and state-recognized non-profit organizations specializing in LGBTQ civil rights, including the network directories of the Human Rights Campaign and One Colorado.

Describe how you will collect and analyze the data.

Here is an an example

Experts will participate in a four-round Delphi process. In Round, One participants will complete an open-ended questionnaire that asks experts about types of strategies, workplace practices, and policies that could be used to support LGBTQ employees manage their sexual identities at work. In Round Two participants will complete a Likert scale survey and rank, in order of importance, items that surfaced in the previous round of questioning. In the third round, participants will provide both open-ended and Likert scale survey responses to specify changes in judgment. Skulmoski et al. (2007) highlighted that the use of open-ended and Likert scale questions could help triangulate consensus among participants. Reduction analysis will be used to assess data and determine consensus. Round Four will be used to send out for final comments from the expert panelist on the consensus that was drawn through the previous three rounds of questioning.

Include the specific research question(s) for the study. If your study is quantitative, include hypotheses.

How To Write the Research Questions (and Hypotheses)

The purpose of the proposed modified Delphi study will be to gain consensus of opinion from a nationwide panel of management, diversity, and civil rights experts on strategies for supporting LGBTQ employees in managing their sexual identities at work, including specific workplace practices and policies that would provide such support.

The following research questions will guide the study:

RQ1: What is the consensus of opinion among a nationwide panel of management, diversity, and civil rights experts on strategies for supporting LGBTQ employees in managing their sexual identities at work?

RQ2: What is the consensus of opinion among a nationwide panel of management, diversity, and civil rights experts on employment practices and policies that could be implemented in the workplace to help support LGBTQ employees manage their sexual identities at work?

EssayWritingServiceOc.com is a service that assists students in completing college projects and writing papers on a variety of topics. Academic writing, creative writing, and non-word projects are all areas in which we specialize. 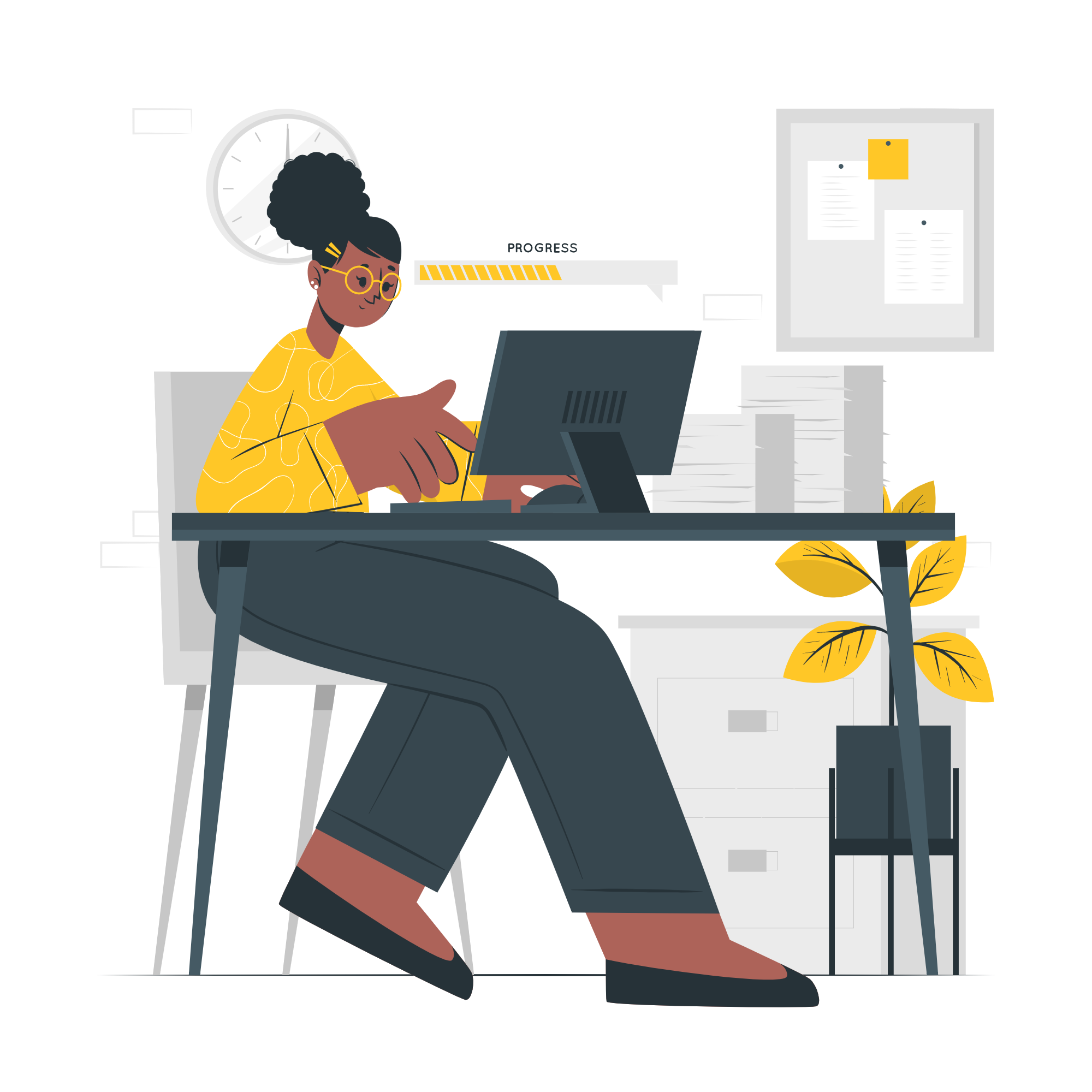